How does Close Protection work?

Unfortunately, the media has painted a vision of Close Protection as a heavily built individual stood close-by to their Client, always wearing a dark suit, sunglasses and with their finger constantly to their ear.

This could not be further from the modern-day Close Protection Operator. Yes, in some situations this is actually required or wanted by a Client, but in today’s day and age, the industry has seen a shift towards more covert protection, sometimes at a “distance”.
Being able to blend-in, remain inconspicuous and not draw attention to a Client is more often than not the requirement, against what is often portrayed as the typical “bodyguard”

In the majority of cases, no-one the client meets in a professional or social setting is even aware that they have a Close Protection Operator with them.

In some cases, there is value in having a more visible deterrent, either for direct security considerations or because it increases perceived prestige, and in some situations this can be very valuable to our clients.

Why would I need Close Protection?

It is generally found that Clients engage the services of Close Protection personnel for one of three reasons;

We have worked with clients to protect against disgruntled business associates, problems with individuals they were in a relationship-with and a variety of other identified threats.

In some cases, it is not a specific threat but simply a high-risk lifestyle whether that is:

How many Close Protection personnel do I/we need?

Numbers of persons deployed in a Close Protection role varies according to each individual situation / requirement.

Deployment in support of a client can range from an individual Close Protection Operator, to Close Protection Teams, also including the added layer of security trained drivers, if required.

We can provide female Close Protection Operators, often preferred by female Clients and for the protection of children.

How will Close Protection work in relation to my movements?

Close Protection should always be a layer of facilitation to Client movements, rather than a hindrance.

Take a second to envisage a swan on water. Graceful, smooth, unhindered movement is seen above the water (the client), with the pedalling feet being ever present, but out of sight beneath the water (Close Protection personnel).

It is understood that the presence of another within a client’s daily life can feel somewhat awkward to begin with and may require a period of adaptation and acceptance. However, this is generally quickly overcome once the client realises how Close Protection personnel are adaptive, flexible and can adjust to a situation with relative ease, aiding in the facilitation of movements and daily lives, rather than hindering them.

How does Residential Security pricing work?

Generally, Residential Security is costed on a daily rate, per person. For additional requirements, such as short-term required personnel (in support of parties, gatherings, events etc), and depending on usage, this can be costed per hour or on the same daily rate principle.

What training do Close Protection personnel have?

The majority of our personnel have a UK military background combined with Close Protection training including vetting by the SIA.

All personnel are medically trained to the level of being able to provide first responder / emergency care.

This qualifies them to deal with such medical situations as; basic life support, child and infant life support, maintenance of airways, use of Automated External Defibrillator, support and isolation injuries, minor and major haemorrhage, shock, heart attack and angina, unconscious patients and persons suffering from stroke, asthma and epileptic attacks.

Do Close Protection personnel have to come with me everywhere that I go?

In a nutshell, no…but it is recommended that you are accompanied wherever possible, or at least the person(s) with you have a good knowledge of the area/location/room that you are in.

Close Protection is best conducted with preparation and planning. Prior knowledge, often provided through reconnaissance and/or information passed, allows for the Close Protection personnel with you to be able to plan and prepare for any eventuality.

You will never be told that you “must / have to” take Close Protection personnel with you, but it will be strongly advised, with reasoning where required, and any decision therein lies with you, as the client.

What if I want to travel on vacation, do CP personnel have to come with me?

Again, in a nutshell, no. It is entirely dependent on your risk profile and preference. For instance, someone famous in the UK may be entirely anonymous and safe in Japan and it would be unnecessary to bring close protection.

Should a situation dictate that plans change, and you find that you have a reason for a security presence during your vacation, this can be accomplished within a very reasonable timeframe, as required.

Worldwide networks also assist Olorisk Ltd in the capability to support clients locally, if such a response to a situation is required during an unaccompanied vacation.

How does Close Protection pricing work?

Generally, Close Protection is costed on a daily rate, per person. For additional requirements, such as short-term required personnel (in support of a higher risk profile, or an add-on to family movements), and depending on usage, this can be costed per hour or on the same daily rate principle.

An HNW businessman, whilst engaged in a legal dispute over millions of pounds of assets, engaged a Close Protection team to provide him the peace of mind that his family was safe during the proceedings.

As a result of proceedings becoming drawn out, the CP team maintained a presence throughout everyday life, accompanying during school drop-off/pick-up and family vacations.

Personnel would swap out on a rotational basis of two or three weeks, based on family movements and the protection requirement, for the duration of the contracted services.

In this instance, the family did not provide accommodation for the Close Protection personnel during the contracted period, but the cost of such locally sourced provision was factored in to the negotiated rate paid by the client.

This contract was engaged on an agreed daily charge rate, paid by the client on a direct debit basis over 12 equal monthly instalments. Any additional charges, such as extra Close Protection or any expenses incurred, were invoiced at the end of the month in which they were incurred.

An HNW businesswoman engaged a Close Protection Operative as she did not feel safe in conducting her daily movements, both personal and business related, alone. The Client’s level of wealth was publicly accessible, and this led to a concern towards her personal safety during travel in and around the UK, as well as during times of travel to foreign countries.

Two Close Protection Operators were engaged on a rotational basis, one person working for 2 weeks before swapping out with the other, for the period of contracted services.

In this instance, the Client did not provide accommodation during time spent within the UK, meaning personnel would either live within a reasonable commutable distance, or be accommodated at Company expense, which was offset within the negotiated agreed daily charge rate.

However, due to the Client meeting all costs during times of overseas travel, another daily charge rate was negotiated for these periods of time.

An HNW family, owning a substantial property within a rural UK location, requested a night-time only Residential Security presence to afford them continual peace of mind towards the security and safety of their children whilst they continued to travel extensively in their professional, executive roles.

The deployment of personnel consisted of two persons working 12hrs shifts between set timings. Personnel conducted Residential Security for periods of two consecutive weeks before swapping out with two other personnel who would then do the same. This rotational process continued throughout the duration of the contracted services.

Their duties consisted of foot patrols of the internal grounds, as well as the external perimeter, and the monitoring of an installed CCTV and alarm systems.

In this instance, the estate allowed for accommodation of Residential Security personnel during the contracted period.

Occasional client requests would dictate support of their movements in providing Close Protection either from personnel from within the Residential Security Team, or by other personnel provided by the company.

This contract was engaged on an agreed daily charge rate, paid by the client on a direct debit basisover 12 equal  monthly instalments. Any additional charges, such as Close Protection, additional Residential Security personnel or any expenses incurred were invoiced at the end of the month in which they were incurred.

In this instance, the Client provided accommodation for one Close Protection Operator, to allow for Client peace of mind towards any short-notice requirement to go out (local shops, walk to clear the mind, fitness in the park). The other personnel would either live within a reasonable commutable distance, or be accommodated at company expense, which was offset within the negotiated agreed daily charge rate.

This contract was engaged on an agreed daily charge rate, paid by the client on a direct debit basis over 12 equal monthly instalments. Any additional charges, such as extra Close Protection or any expenses incurred, were invoiced at the end of the month in which they were incurred.

If you have any questions that have not been answered above or wish to discuss Olorisk Ltd Close Protection services further, please click the button below.

Proudly Supporting Those who serve 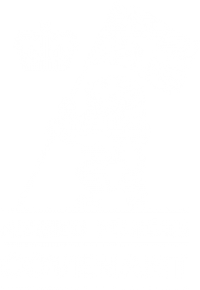